Add to Wish List
Compare this Product
Q AND A

16, (5α)-ANDROSTEN-3α-OL (Alpha-Androstenol) is a pheromone that is produced in both men and women and is considered a social while displaying sexual aspects. This molecules fragrance has been described as musky with hints of sandalwood, or sweet vanilla (Sandalwood: woody, earthy, spicy and sometimes acrid).

Although considered mostly for social usage Alpha-Androstenol has contributed, in study, to both men and women appearing as sexier, more attractive and approachable as opposed to those without. It has been revealed in additional studies that Alpha-Androstenol creates a warming comfort in those exposed to its signature.

In females the presence of this attractiveness coupled with the emotional state of comfort produces an acute rise in lutropin in the anterior pituitary gland which is known to trigger ovulation. It is therefore concluded that Alpha-Androstenol when used properly can be steered to switch on sexual attraction spikes.

Alpha-Androstenol however, is mostly used as a buffering pheromone to take the edge off more aggressive pheromones like Androstenone. The primary function of its signature can be described as social, chattiness, receptive, comforting, warmth, approachability, happy-go-lucky, attractiveness, openness, and friendly. Contrary to its primary chemical signature when worn in the presence of male to male, it reduces status and is associated with beta-like or weakness.

Our pheromoneXS crowd-sourced research community recognizes Alpha-Androstenol as a staple of any good pheromone  collection. Accordingly this versatile molecule can be used to steer interactions to a lighter, party like environment while creating sexual attraction. On the reverse spectrum it can be used as a tempering agent for anyone perceived as arrogant, bitchy or standoffish. Alpha-Androstenol is one of only a few pheromone molecules that sometimes have women approaching and opening men.

pheromoneXS loves Alpha-Androstenol and we are certain you will too. Best practice is to start with 12.5 mcgs per spray and work your way up. Find the best application for you. Go about your life, smile and be happy.

Leave us your product review to help us improve! Let us know what you think of our products. We want to read what you have to say whether critical or a glowing experience. We value everyone's voice and promise to do our very best to meet your expectations. It's your chance to help others decide in selecting the very best pheromone product for themselves. 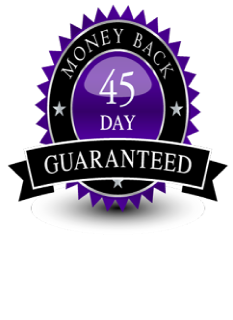