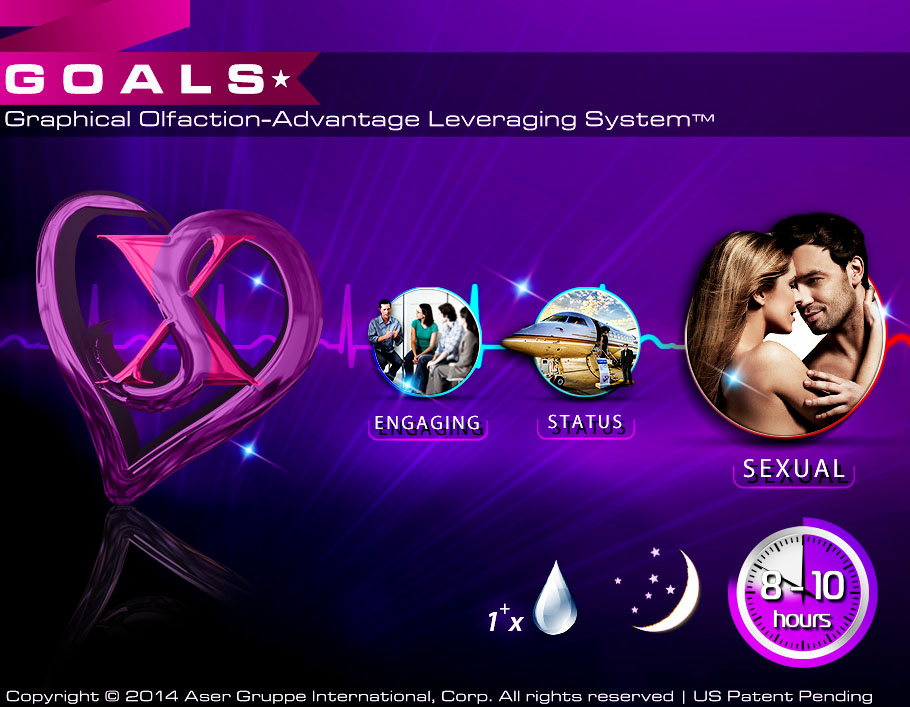 You might have run into him at the bar or club, at work or play. There seems to be one no matter where you go. Its that SOB who all the girls always complain about. You hear about his exploits whenever you talk to that special girl you secretly have a crush on. She tells you how she had another fight with him and this time she is leaving him for good. She goes on about how terrible she treats her and that he goes out all night with his friends. Then, just like clockwork, he shows up late at night stinking of beer and she is sure another girls perfume and she is expected to just let him back into her life.

You sit there and tell her how you would never treat her that way. You point out all his flaws, how he is bad for her. You talk about your excellent job, buy her flowers, do nice things for her. You’re always there for her. Then, just like clockwork, the phone rings and its him and she is expected to just let him back into her life.

She would never go back to someone who treats her like crap, would she? You hear the conversation on the phone and sit back slyly thinking this is it. She’s finally going to dump him and you’ll be right there to pick up the pieces. She’ll fall right into your arms and you’ll make mad passionate love all night and she will forever be yours. All those nights you sat and listened to her as she cried on your shoulder are finally going to pay off.

Wait! What did she just say? Did you just hear her tell him to come over in about half an hour? She looks at you with those big baby blue eyes as if her puppy just died and as she hangs up you know what’s coming. It’s time to leave. He’s not so bad after all. I mean she loves him and he really does do sweet things for her.

Yeah, yeah you heard it all before. That SOB has done it again, but how? What does he got that you don’t have? I mean you could be out on a Friday night drinking with your buddies but instead you were there for her. Its like a broken record and your sick of it. She can see the disappointment in your eyes as you leave. You’ll make her beg for you to come around. You won’t even call her for a few days. That will teach her a lesson.

Surprisingly it does at that. Then, just like clockwork, the phone rings and its her and you are expected to just let her back into your life. She misses you and all the sweet things you buy and do for her. You just knew she would and the cycle will repeat itself just like a broken record, over and over.

Something you might not want to hear!
Most guys think they can get somewhere with a girl if they just be nice, buy her things, listen to her complain about her boyfriend, be the shoulder to cry on. Being the nice guy doesn’t work, it never has and it never will. Women understand what you are doing and look at it as manipulative behavior. Sure they will continue to take from you because you’re more than willing to give, but when it comes time to satisfy their carnal desires they are going right to the guy that is going to fulfill them. Guess what? The guy they complain about is that guy and its not going to be the nice guy.


Most guys don’t get it and quite frankly never will. They're probably asking themselve why women are so manipulative and cold hearted about right now. My answer is going to surprise the hell out of them and its probably not something they want to read. It’s not the woman who is being manipulative and cold-hearted, its them. Ask yourself how many times you have made yourself available, how many nice things you have done, how many stuffed animals you have bought for the woman you are NOT attracted to. I bet the answer is going to be in between zero to very, very little.

If you’ve come this far you already know that those “nice” things you are doing come at a very high price. Its the price you are putting on her sexuality. You think through manipulation you’re going to get you some. Let me be frank with you my friend, she knows exactly what you are doing. She is going to keep on letting you do it because if you’re going to try and manipulate her through deceit she is going to get as much out of it as she can. Just remember this though, she is the only one who will be getting something out of this. The only thing you’ll be getting is more of the same which is an empty wallet, a heavy heart and not a very good success rate with women.

That can all change!

Its the only pheromone blend on the market that you can still be the same guy while projecting that SOB image that gets women hot.

This multidimensional blend combines the sexuality of AndrostENONE with Beta AndrosteNOL in perfect combination to deliver all the sexually charged energy of a guy who gets women, won’t put up with any crap, but is the kind of man she can also depend on. You’re going to go out with friends, going to make her angry, sad, happy, thrilled. You will take her through her entire range of emotions in just a single night. She might act like she hates you and at that particular minute she probably does, but that’s what she needs to also love you.

WOMEN ARE EMOTIONAL.
Read that a few times out loud. Did it just click on in your head like a lightbulb? Allow me to explain. If women are emotional and that SOB is taking her through a wide range of emotions you can virtually be taking her on an emotionally charged roller coaster ride. Imagine the thrill she must be experiencing in your presence. Now she has a choice between the guy who tried to manipulate her with kindness or you, who took her on a thrill ride. Who do you think she is going to choose? If you haven’t been able to figure it out your previous experience holds the answer.

How does a pheromone blend like SOB-XS hold the answer?
SOB-XS holds the key because it holds all the chemical signaling attributes she feels in the guy who thrills her presence. You get the high-energy sexual excitement that slightly borders on the edge of inappropriateness paired with the just under the surface element of a trusting bond she’s only felt in the arms of her lovers. The equation is undeniable and fills her with a wanting to discover just how deep it goes. You will excite her!

Why does SOB-XS work where others fail?
Pheromone-XS unique blending process enables diffusion on a molecular level so that you get an even dispersion of all the molecules throughout the pheromone experience. The androstENONE blends with each of the other molecules over a predetermined time-release so that your results are the same from beginning to end.

However most heavy androstENONE blends will push the boundaries of aggression while the other molecules, meant to “buffer”, quickly fade leaving only the aggressive molecule behind. Typically this creates an intuition that what is being felt is not to be trusted, therefore ignored. After a prolonged exposure most recipients exposed to a pheromone signature overly aggressive will feel pushed or uncomfortable around the wearer. This occurrence will drive the woman they are attempting to influence further away. Its a nearly identical response as to feeling manipulated by the nice guy to get what he wants.

Molecules do not need to be buffered
Any molecule that needs to be “buffered” by other molecules does either not belong in the mix or is being used incorrectly. At pheromoneXS our blends are created with each molecule synergistically working with each other to create a lasting impression throughout the experience rather than just at the beginning. The attraction she feels for you will gradually build throughout the night with our patent pending unique diffusion technique. The aggressive molecules are working in conjunction with the trust molecules to elicit a specific emotional response attributed to your presence.

The most important thing you might ever read.
With pheromoneXS SOB-XS you can be yourself and still get the girl. That’s right. This incredible blend allows you to have the best of both worlds. Many pheromone developers say you need to be congruent with a mix in order for it to work. I say rubbish! If you need to be congruent with the blend, you wouldn’t need the blend. You will still need to do your part, but pheromoneXS SOB-XS will do its part along with you. Wearing SOB-XS provides that mysterious dark element to your character that she wants to get to know. Just don’t attempt to manipulate her by being nice, buying her things or being the shoulder to cry on. There are hundreds of those guys around. Be the guy who says no to her, be yourself and she will get closer and closer to you. Soon enough you’ll be that guy that some other guy is calling an SOB. You’ll crack a sly smile while you tell her you’re going out with your friends for a beer. She will whine to that other guy, but later on when you call she will be sure to jump. Jump your bones that is.

Results last 8-10 hours at 1-2 drops applied to clean dry skin. This product does not contain any fragrance except the natural odors of the pheromones.

By default, all pheromoneXS pheromone blends are shipped UNSCENTED. You know yourself better than anyone else and therefore the cologne that work best for you. We offer 5 distinct cover scents for men, or you can use your own favorite cologne as a cover.

Please remember however, that pheromones are synthetic concentrated body odors and as such may not be very pleasant smelling. A cologne or fragrence is advised to also help exalt or lift the pheromone molecules off your skin into the air around you. This process is called diffusion. Without good diffusion a person will need to be very close to the application point to be affected by the pheromones. The more diffusive a pheromone application is the more powerful the results will be and the more people your silage will affect. pheromoneXS uses our Advanced Diffusion Technology ADT so you get consistent results with or without cologne or fragrance.

You can read more about the importance of diffusion and silage on our community research forum. We are crowd-sourcing the research that is changing the way pheromones are understood. Come join us www.DiscoverXS.com.

All Oil Bottles are shipped with a white Euro Dropper. You may request an optional Bulb Dropper to be included on the side.

Leave us your product review to help us improve!
Let us know what you think of our products. We want to read what you have to say whether critical or a glowing experience. We value everyones voice and promise to do our very best to meet your expectations. Its your chance to help others decide in selecting the very best pheromone product for themselves.

*All reviews are delayed before appearing to help prevent SPAM.


Your Review: Note: HTML is not translated!

Enter the code in the box below: